Congratulations to FFPP Mentor Bridgett Davis for her latest book, The World According to Fannie Davis: My  Mother’s Life in the Detroit Numbers (Little, Brown & Co). 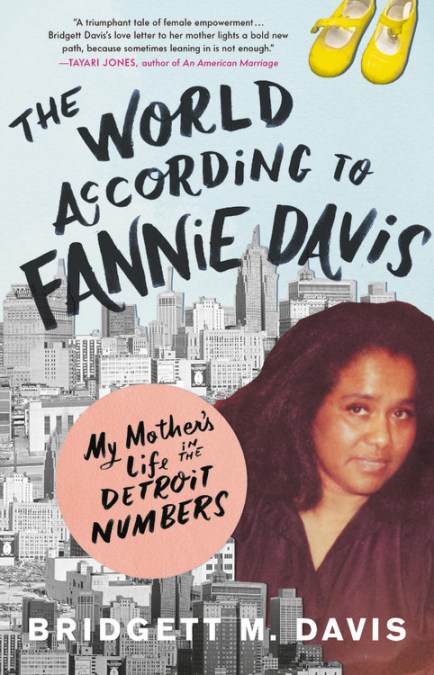 In 1958, a pretty young mother from Nashville, Tennessee borrowed $100 from her brother to run a Numbers racket out of her tattered apartment on Delaware Street, in one of Detroit’s worst sections. That woman was Fannie Davis, Bridgett M. Davis’ mother.

A daughter’s moving homage to an extraordinary parent, The World According to Fannie Davis is also the suspenseful, unforgettable story about the lengths to which a mother will go to “make a way out of no way” to provide a prosperous life for her family — and how those sacrifices resonate over time.

Bridgett M. Davis is Professor of Journalism and the Writing Professions at Baruch College, CUNY, where she teaches creative, film and narrative writing. Davis is the director of the award-winning feature film Naked Acts, as well as the author of two novels, Into the Go-Slow and Shifting Through Neutral.